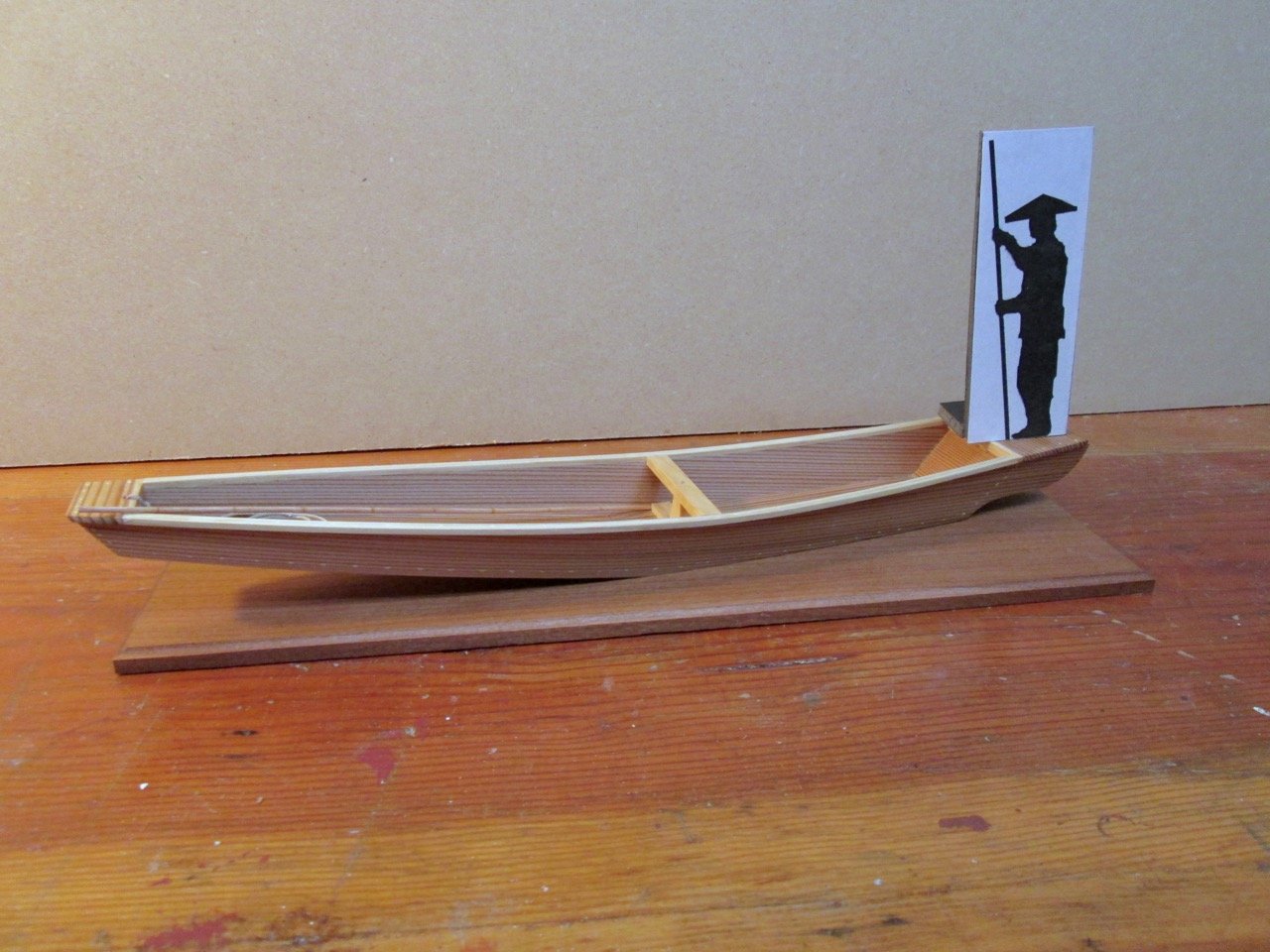 Most rice field boats are generally much smaller, being little more than a sled that is pushed or pulled along the irrigated rice fields. But, in some areas, where flooded fields are connected by rivers or canals, larger boats like this one were used. This particular boat would have been 22 feet long and propelled using a long bamboo pole. The boatman would commonly stand on the platform at the stern.

The boat is based on a photo of a set of drawings that were being used by a boatbuilder in Japan, Mr. Seichi Nasu, to build three similar boats. I found the photo on the blog site of Douglas Brooks, who will shortly be working with Mr. Nasu in Japan to build a Cormorant Fishing boat.

The photo distorted the plans, but it had the measurements written, which was the critical part. I figured out only after the build how much rise there should have been to the bow, so the bow on mine is about 3.5mm too high.

The model is about 13" long and is made mostly of Japanese cedar, or Sugi, a very common material for modeling traditional Japanese boats and for building full-sized boats. These particular boats might have been commonly been made of pine, but the information I have on that is pretty sparse. The ones that Mr. Nasu built were of pine. So, if I build another one of these, I may use a light colored wood.

The nice thing about modeling this particular boat at this scale is that it only took me two days to work out the details and build it, though I added some of the fine details were added later, but still only added a few more hours. 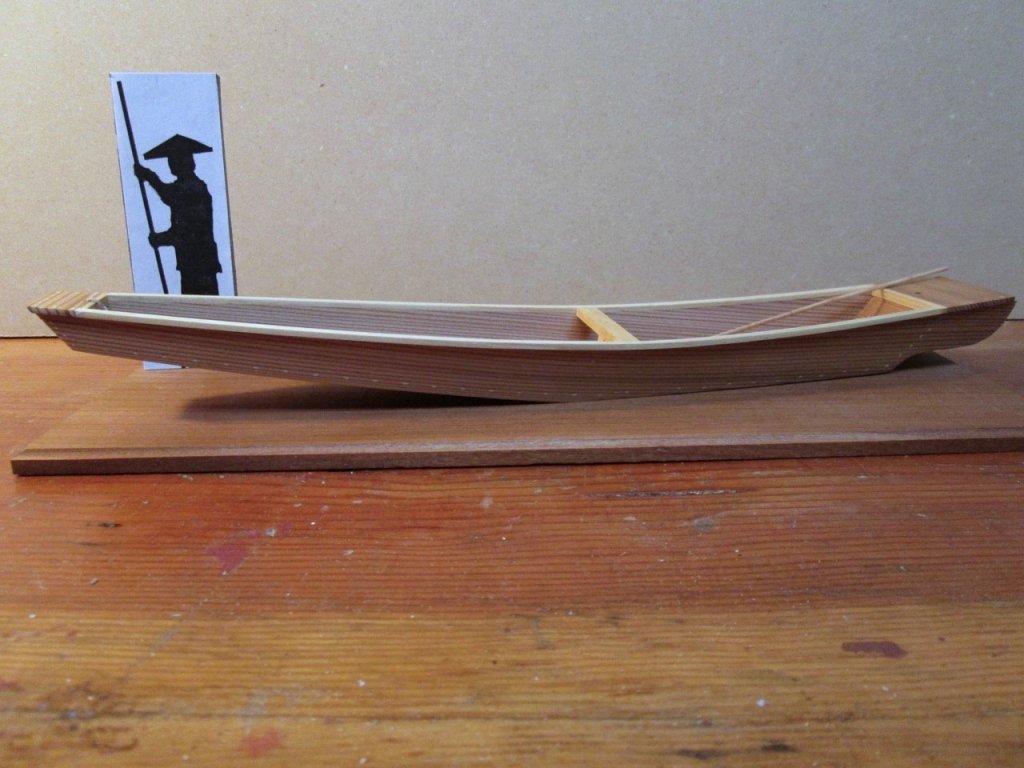 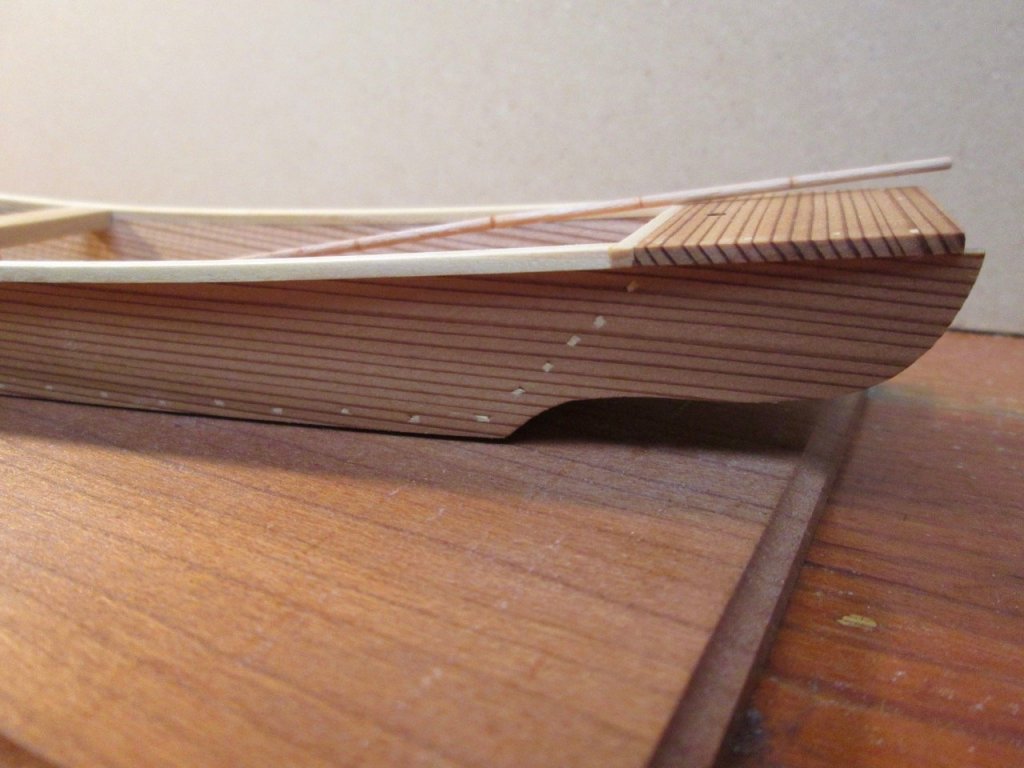 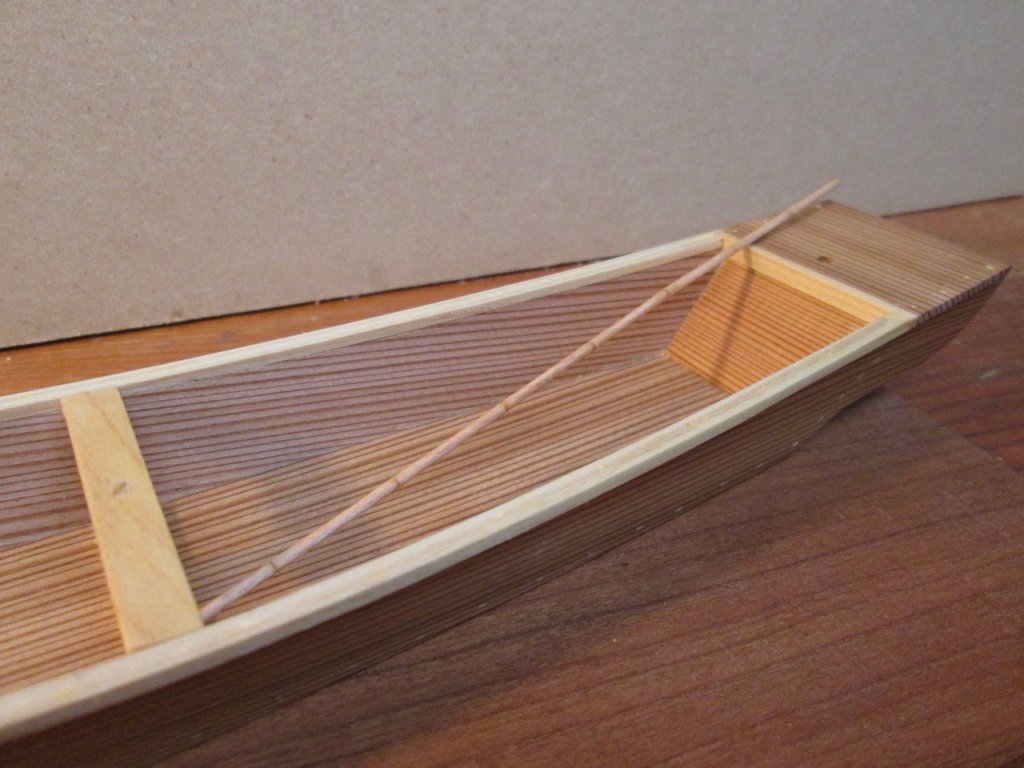 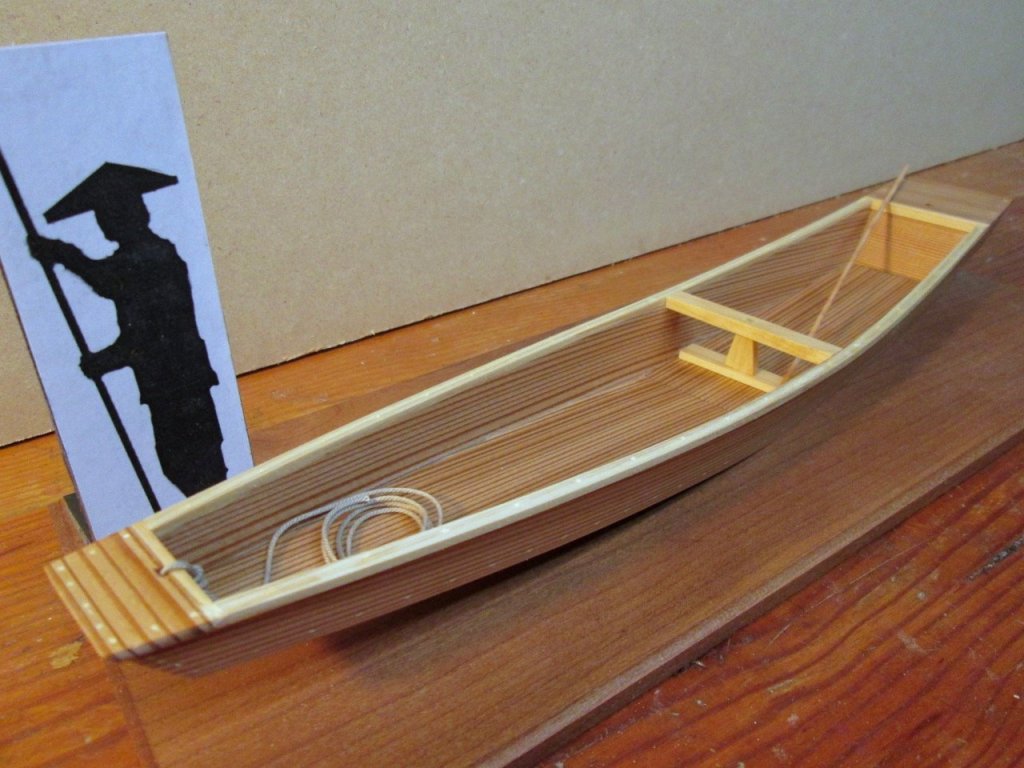 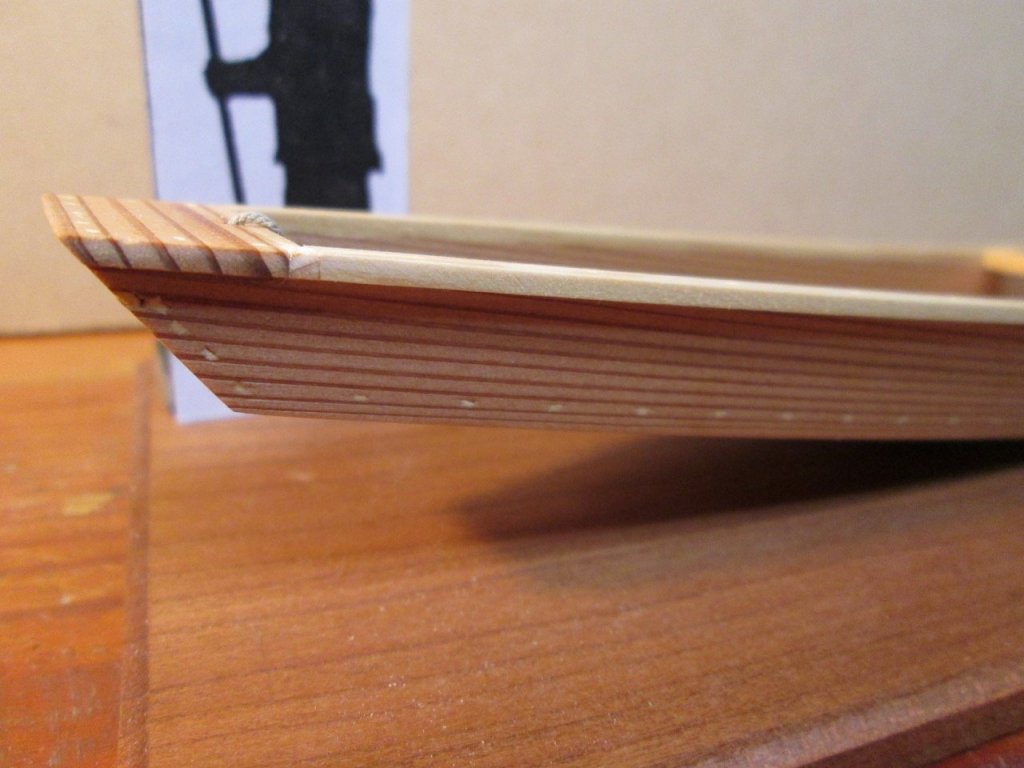 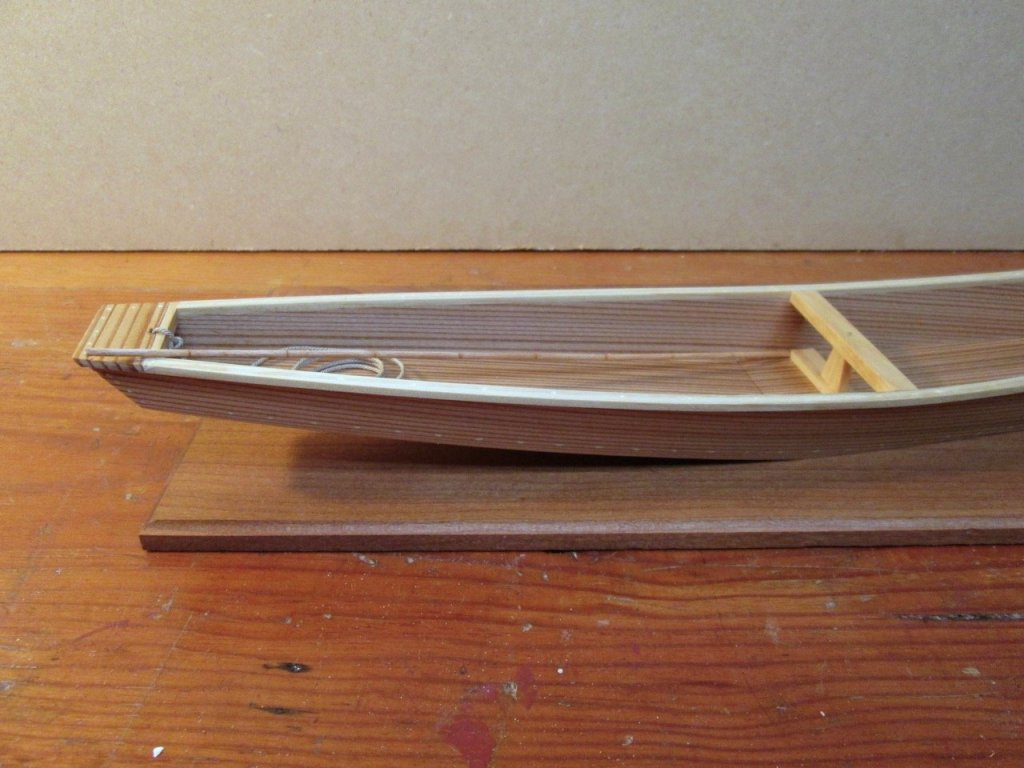 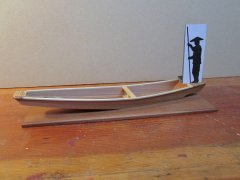 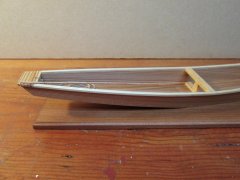 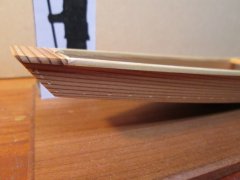 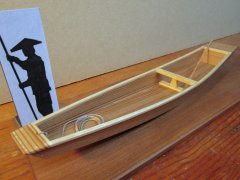 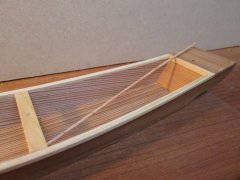 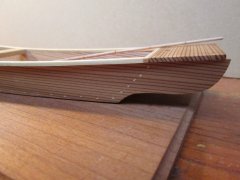 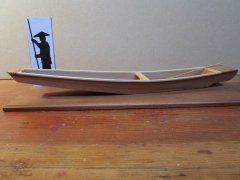