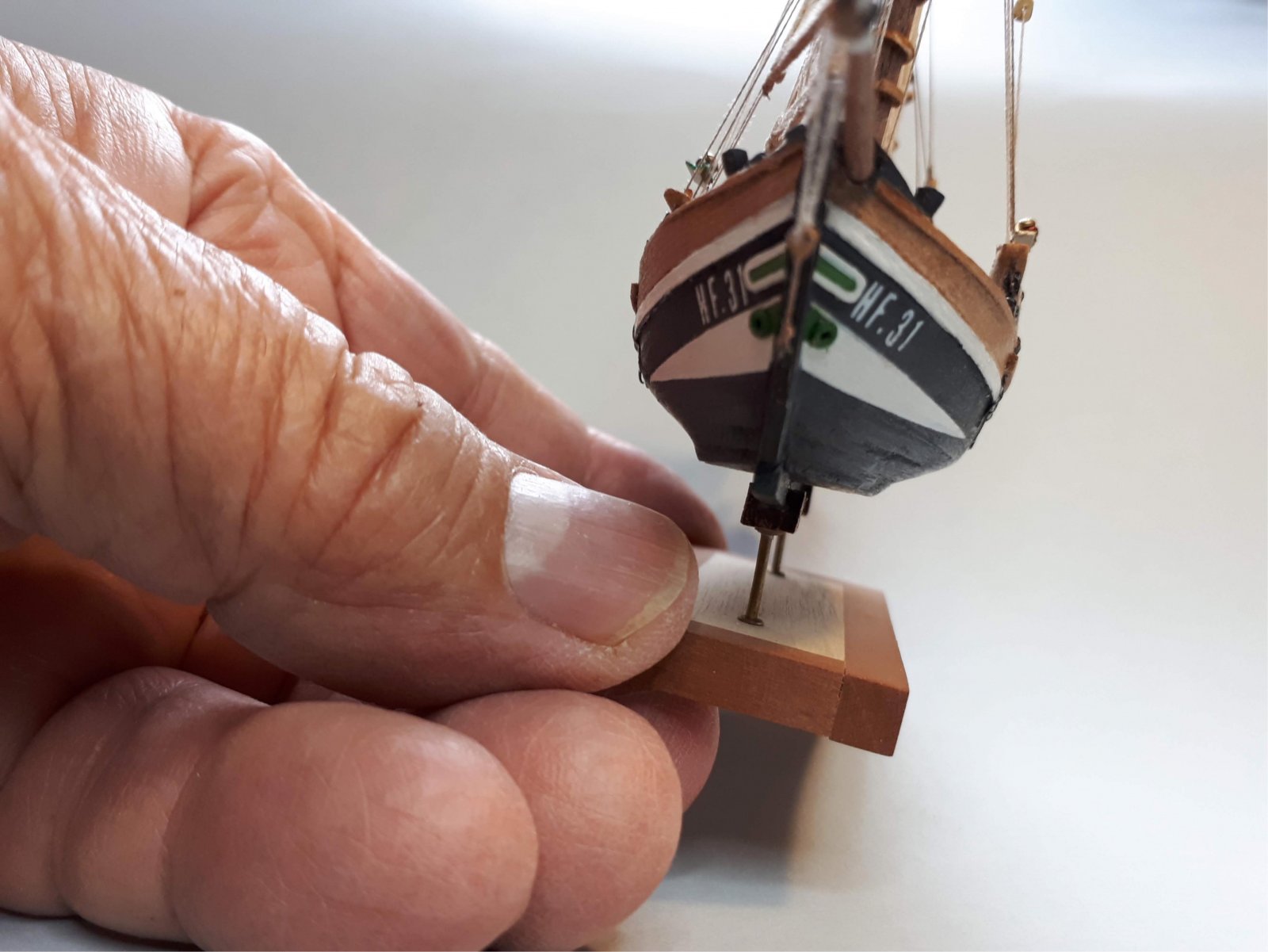 The “Maria” was a fishing vessel from Finkenwerder, an island from the Elba in Hamburg, which had an active life during seventy years before finding its last pier in the hall of Naval Construction of the Deutsches Museum in Munich.

The history of “Maria” starts in 1880, an era characterized for launching great fishing sailboats, and leads all the way up to the second postwar. The record of this unusual long time at sea and the recollection of episodes of life aboard the “Maria” give as a result a vivid presentation of deep sea fishing from Finkenwerder. Originally built according to the characteristics of a traditional wooden ship and rigged as a sailboat, the “Maria” adapted to the changing times and its reflection in the fishing world due to the industrialization.

Finkenwerder offered few means of making a living. The majority of the population lived of fishing that was still practiced in the Elba since before 1815 although under strict rules for the protection of the fish populations. Its boats were of flat bottom, Pfahlewer with angled hulls assembled with one mast and a driftnet that extended for a longitude of about 10 meters that resulted difficult to handle for which the Fischewer fishing boats went onto adopt the first mechanical winches for technical support. Around 1850 the fisheries were experimenting a big boom due to the population growth. In train, fish could be taken in a cheap and fast way to the interior of the country. Also an increasing number of steam boats, which steam engines allowed them to have a bigger traction power could use very wide bottom trawling nets with trawl doors, which meant more productive captures. As a result of this fishing intensification, initial areas of fish populations decreased so much that the vessels had to move to new fishing areas, farther apart in their majority, a disadvantage for the ewer that sailed.

This journey to other fishing grounds that existed at high sea represented for these vessels of fluvial origins a high price to pay: in a few years ten ewer with registration HF (Hamburg-Finkenwerder) got lost at sea.

It’s in this transitional period when the ewer “Maria” is made, thus presenting a few modifications that were made during its construction to try to make a better adaptation to the new conditions of the environment in which was designed to operate. The first one was the assembly of a fixed keel along its flat bottom to improve the drift. It also anticipated lateral folding luffs even though it’s not sure that they finally got to be assembled, as so an iron keel luff, so that in its origin the boat had an openness in the bottom as well as the box to receive the luff in mid ship gangway. The navigation conditions of the ewer “Maria” were also affected by the existence of an on board hatchery communicated with the sea in which the captures were preserved live, and was accessible through a big hatch. This disposition was dangerous since if it wasn’t properly closed incoming water could penetrate on board. As a safety measure around 1905 the hatches were reduced and the hatchery was adapted. Later on in the 1957 restoration made for its incorporation to the funds of the Deutsche Museum had the width of the hatch reestablished to its original state.

The change of navigational conditions and fishing techniques also required the adaptation of the rig, that at the time of the construction of the “Maria” evolved towards the classical equipment of a queche, after increasing the number of sails from just one initial sail of the fluvial Pfahlewer and the following three of the Giekewer until reaching the dotation of the 5 or 6 of the Besanewer that already fit two masts.

The “Maria” ewer built in 1880, was 70 years in service and became one of the most durable vessels of its kind. In 1950 it was removed of its duty and abandoned went on to deteriorate buried in the mud until in 1957 it was acquired by the Deutsche Museum of Munich in which after a careful restoration can be contemplated nowadays. 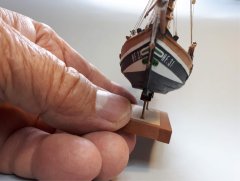 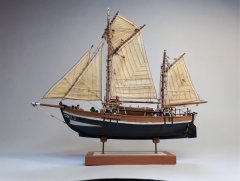 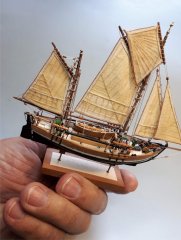 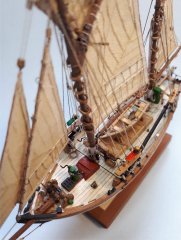 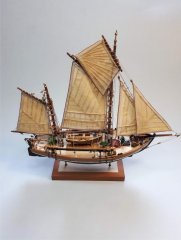 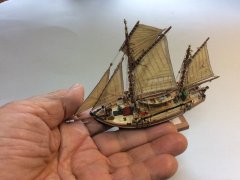 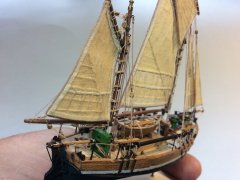 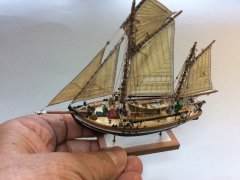 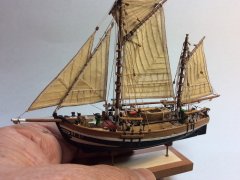 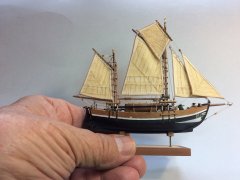 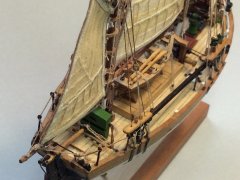 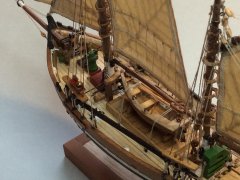 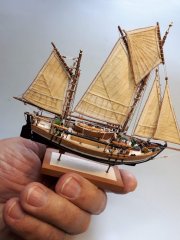 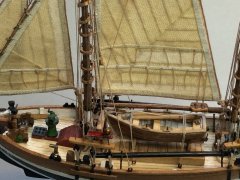 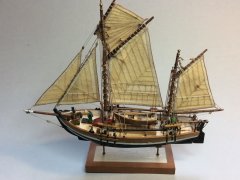 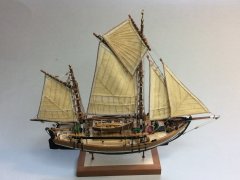 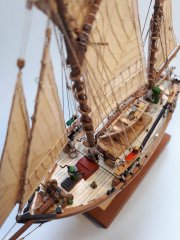