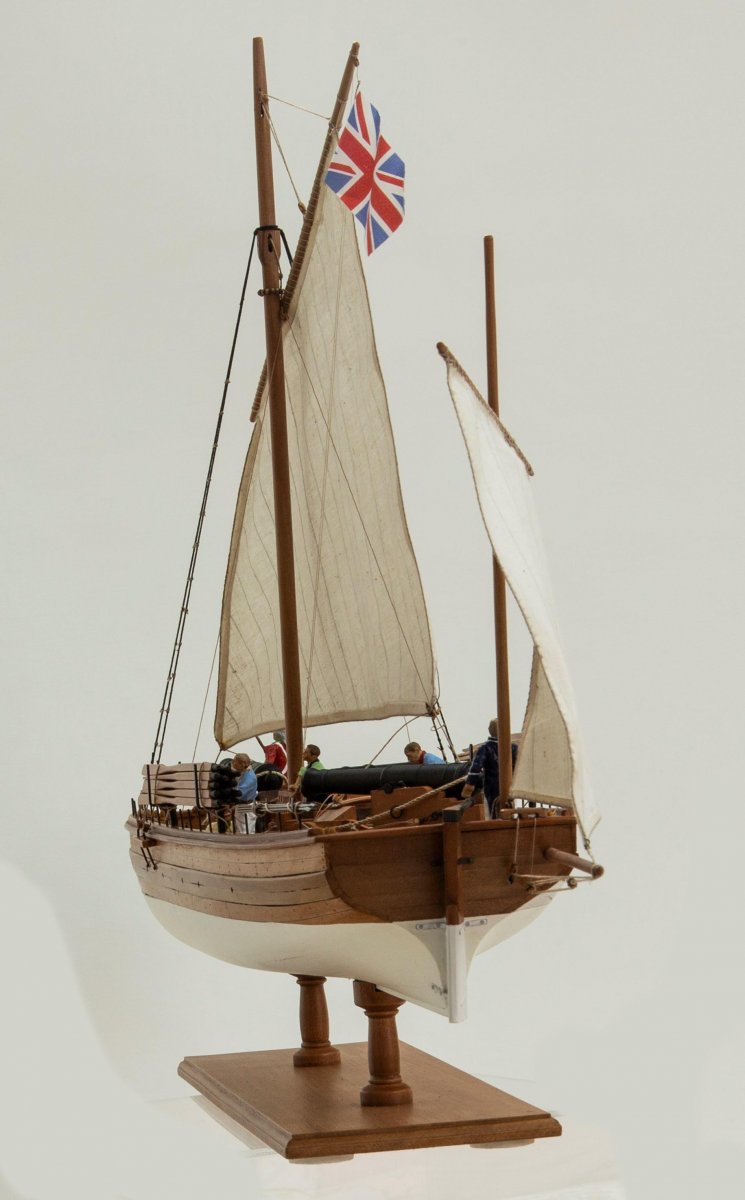 Caustic was one of a fleet of 12 gunboats built by the British on Lake Champlain around the end of the War of 1812.  The work was overtaken by the Treaty of Ghent, ending the war in 1814, and the fleet was mothballed without ever having entered service.  Nevertheless, plans for two of the boats were retained, and survive in the Canadian National Archives.  These draughts were reproduced by Howard I Chappelle in his book “The History of the American Sailing Navy”, which is where I came across them.  The gunboats were 62’3” overall, with a beam of 16’2” and depth in hold of 4’1”.  They were rigged with lugsails but depended mainly on sweeps for propulsion.  Their main point of interest is that they were armed with three 24pdr long guns (or, in the case of the four section leaders, two 24pdrs and a 68pdr carronade), mounted on circular tracks. 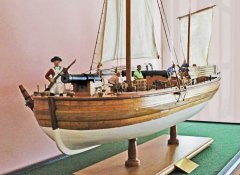 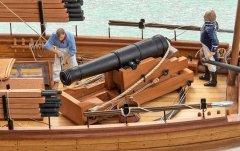 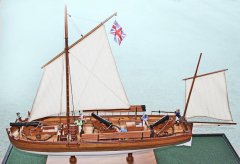 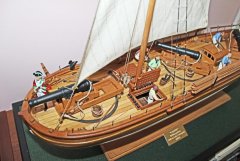 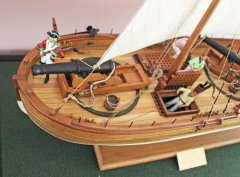 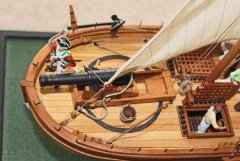 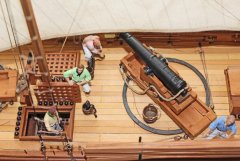 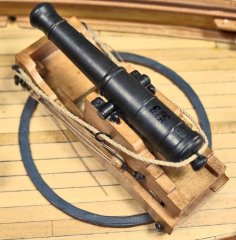 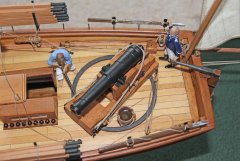