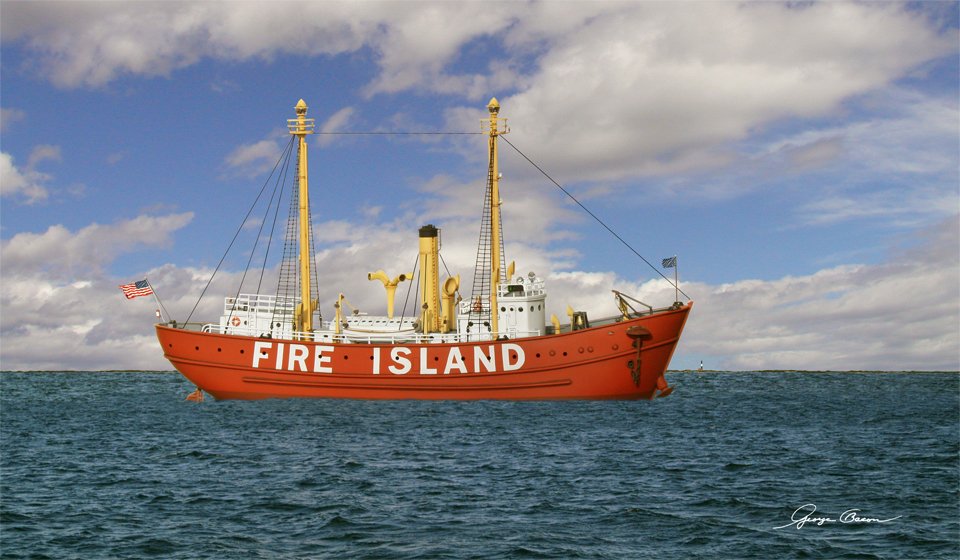 Light Vessel 114 was built in Portland, Oregon and launched in 1930.  It was stationed about nine miles off Long Island, New York, lighting the path to New York City and supplementing the Fire Island Lighthouse.  It remained on that station until 1942.  After that, it served on several other stations until being decommissioned in 1971.  It was scraped in 2007.

The 1/93 scale model was based on Lindberg's "Nantucket" lightship plastic kit with scratch-built deck houses, smoke stack, rails, and other fittings, to conform with photographs of the original vessel in 1930. 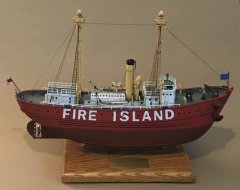 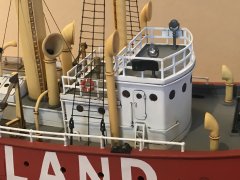 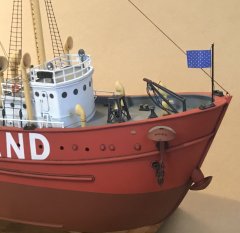 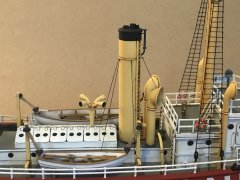 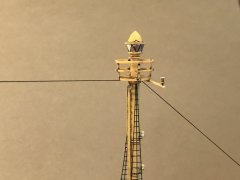 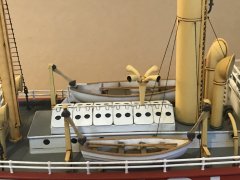 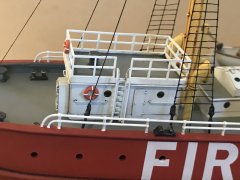 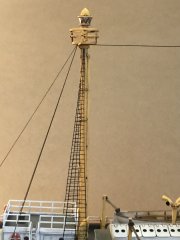 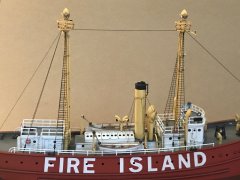 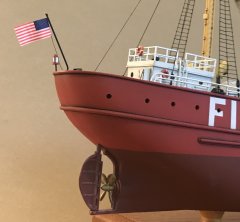 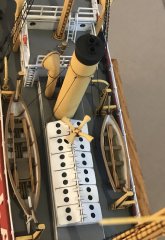 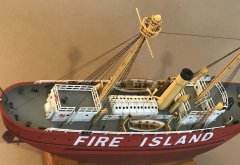 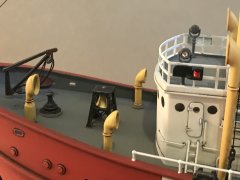 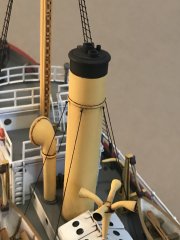 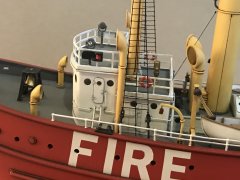 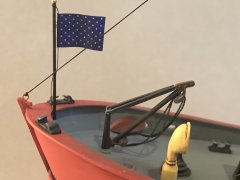 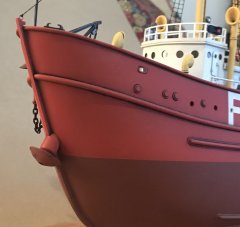 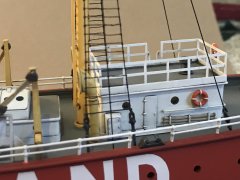 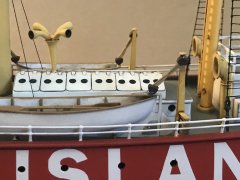 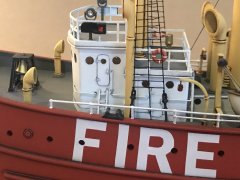 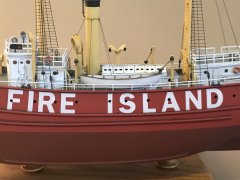 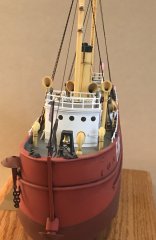 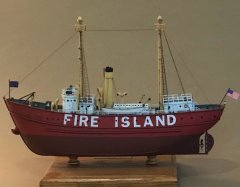