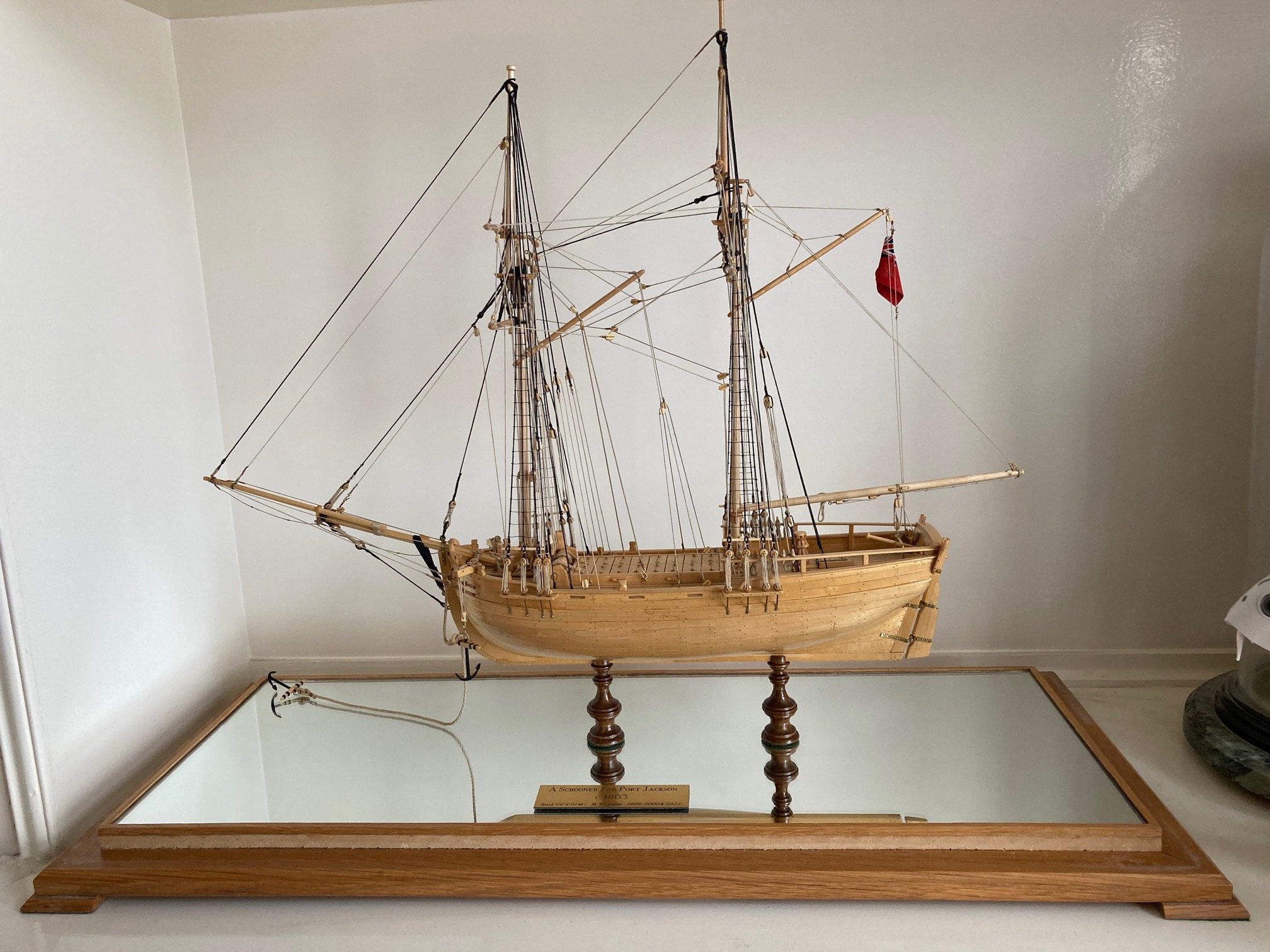 1/4":1' (1/48) scale model based on NMM and David MacGregor plans. The initial NMM plans show a single masted vessel with three deadeyes in a channel. The kit by Modeller's Dockyard uses the plans as drawn up by the late Karl Heinz Marquardt which shows two deadeyes in channels and one attached to the hull side for each mast. The plans also show yards on the foremast only. The NMM plans clearly show four deadeyes in channels per mast and simple hatches, no binnacle, fore and aft. The MacGregor plans show yards crossed for course and topsail on the foremast and yards crossed for a topsail on the main mast, which is how I have chosen to represent this boat, which may, or may not, have been built, the lines having been sent by the Admiralty to Port Jackson in 1803. 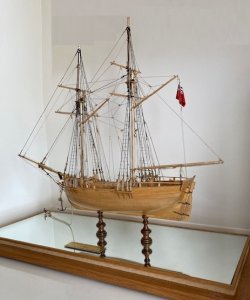 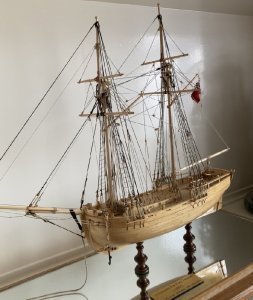 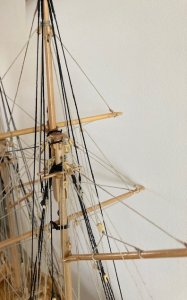 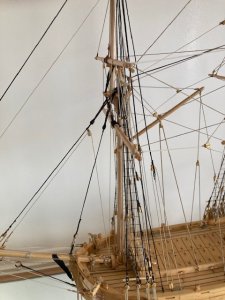 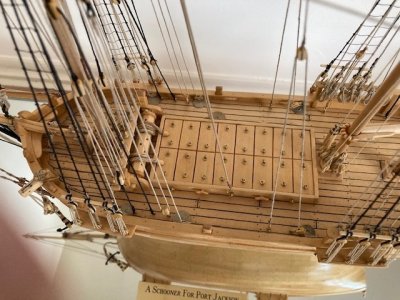 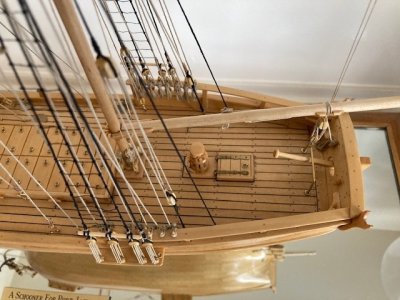 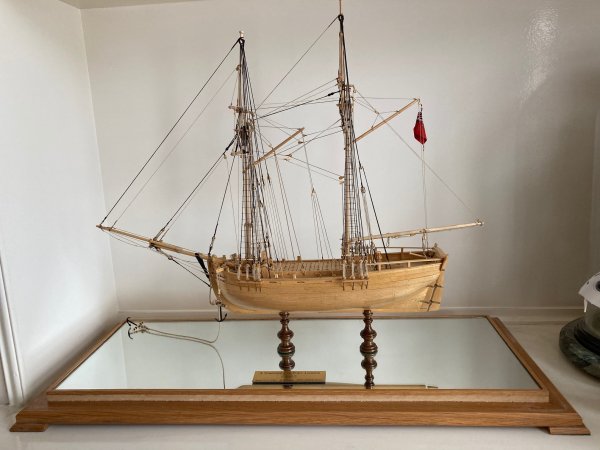 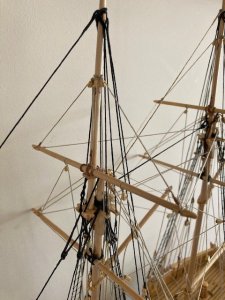