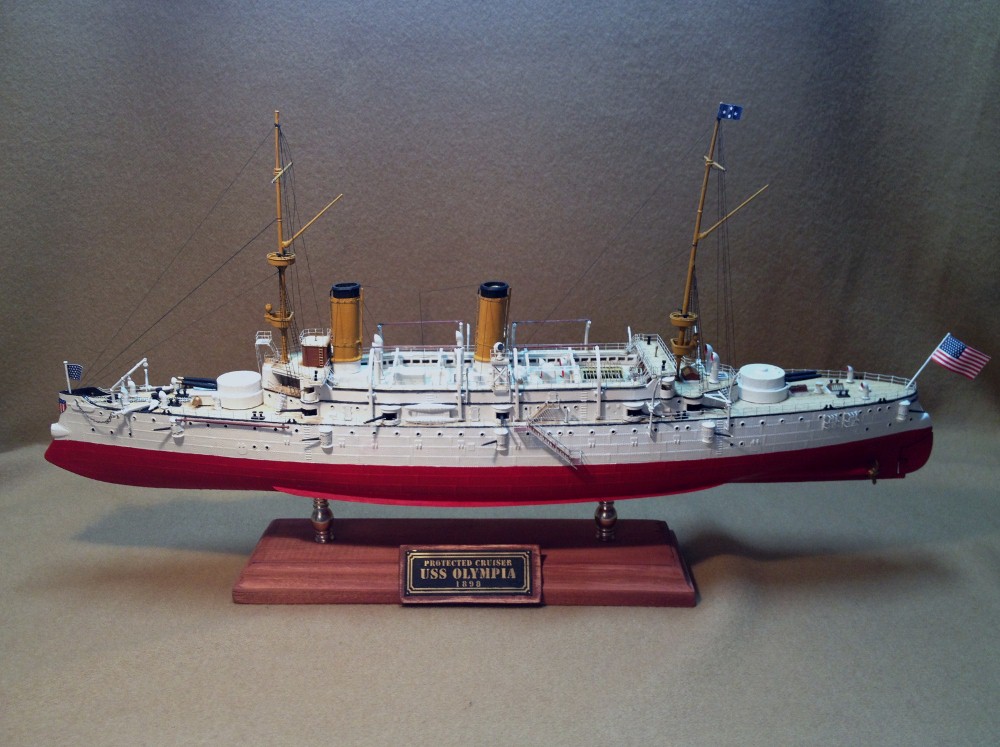 After touring the USS Olympia in November of 2010, I just had to build a model of this great piece of history. Shortly after the tour, along came the Encore Models kit of the USS Olympia. This kit is a heavily upgraded version of Revel's old kit. The hull and main castings are from the original Revel molds, but included are a host of upgrades. This trove of goodies includes, turned brass barrels for all of the armament, 2 large sheets of PE that replace just about every structure above the quater deck, soft metal parts that act as the breeches of the QF rifles. Resin pieces replaced the torpedo tube openings fore and aft, reshaped the stern and rudder, and provided more accurate propellers. Finally a wooden veneer deck was supplied for all decks on the ship.

I added and subtracted some material from certain parts of the superstructure to make it a little more accurate, especially around the secondary and tertiary batteries. Unfortunately, I did not catch the oversize bridge platform until it was too late. Additionally I left the ship's boats off due to the fact that they are not correctly scaled to the ship, and they seemed to crowd the model too much at this scale.

Overall, I would say this was a very enjoyable kit to build of a great subject. I would recommend it, but beware that if you want to make a super accurate model you will need to scratch over 50% of the ship above the main deck.

I hope you enjoy the pictures.
-Jason 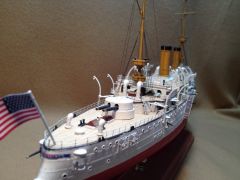 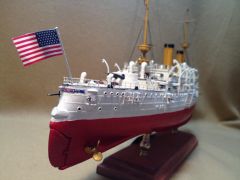 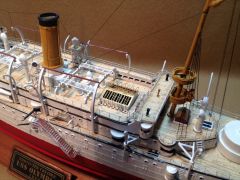 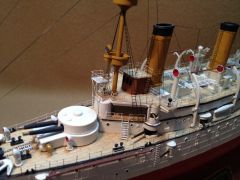 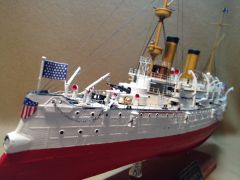 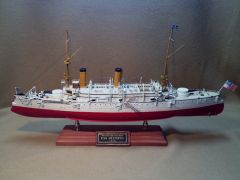