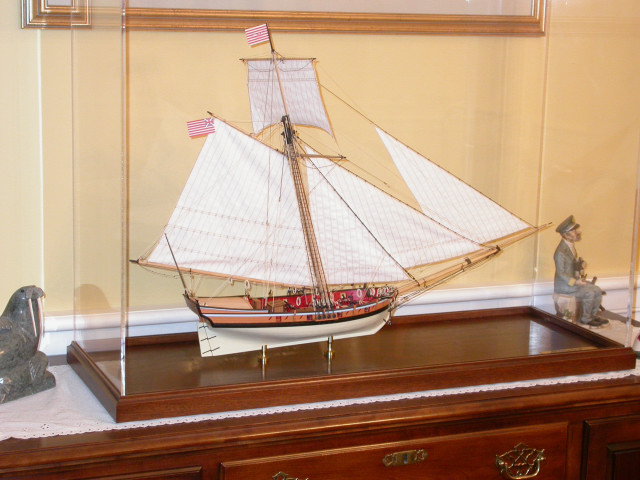 The Armed Virginia Sloop, circa 1768 was a single masted privateer, or smuggler, an evolutionary development in the line of fast sailing vessels linking the Bermuda sloop design of circa 1740 to the trim, sharp model Virginia schooners found in Steel’s Naval Architecture of 1805. It was a small, well-designed ship, with a graceful sheer and low freeboard, and an aggressive cutter rig. The Armed Virginia Sloop had a length of 55’ 8”, beam of 17’ 8”, depth of 6’ 6”, and displacement of 60 tons.

The model is a Model Shipways plank on bulkhead kit at ¼” to the foot (1:48) scale. In constructing the Armed Virginia Sloop, I used a detailed practicum Modeling the Armed Virginia Sloop published by Robert Hunt. The hull is single planked with planking painted prior to installation in way of color and thickness changes. The rigging is proportional linen line with Warner Woods’ blocks and cotton sails based upon Steel’s Elements of Mastmaking, Sailmaking, and Rigging of 1794.

In addition to the kit drawings and instructions, I utilized the following references: Modeling the Armed Virginia Sloop, a Practicum by Robert Hunt; Planking the Built-Up Ship Model by Jim Roberts; The Art of Knotting and Splicing by Cyrus Lawrence Day; and, Steel’s Elements of Mastmaking, Sailmaking, and Rigging of 1794 by David Steel.

The Armed Virginia Sloop was my 2nd ship model. 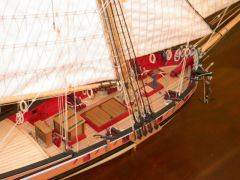 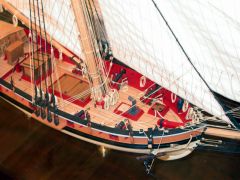 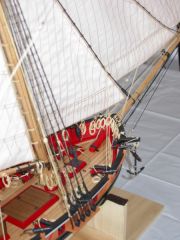 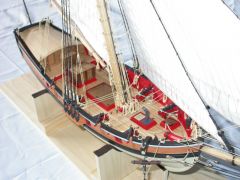 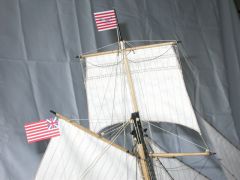 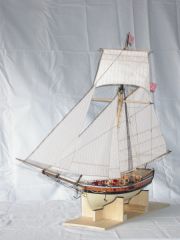 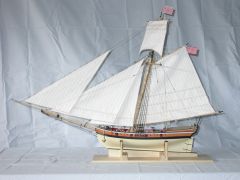 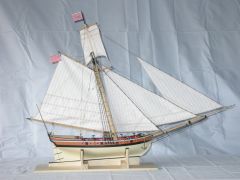 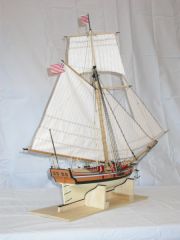 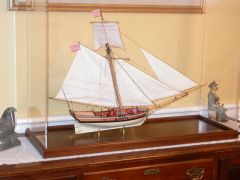