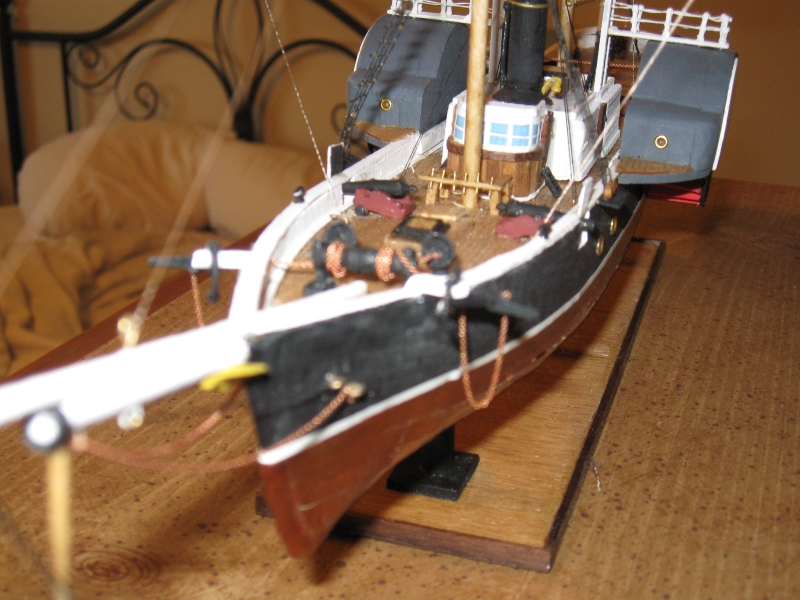 Built in New York for the U.S. Revenue Service in 1857, the Harriet Lane was powered by a combination of steam and sail. She was 180 feet long with a 30 foot beam. Her armament consisted of a 30 lb. Parrott rifle plus three 9" smooth-bore Dahlgrens. At the outbreak of the Civil War she was taken into the Union Navy, and participated in the Atlantic blockade and the capture of New Orleans. She was captured in a Confederate naval operation during the Galveston expedition.

© John C. Teater
From the album:

Taken with Canon Canon PowerShot A590 IS