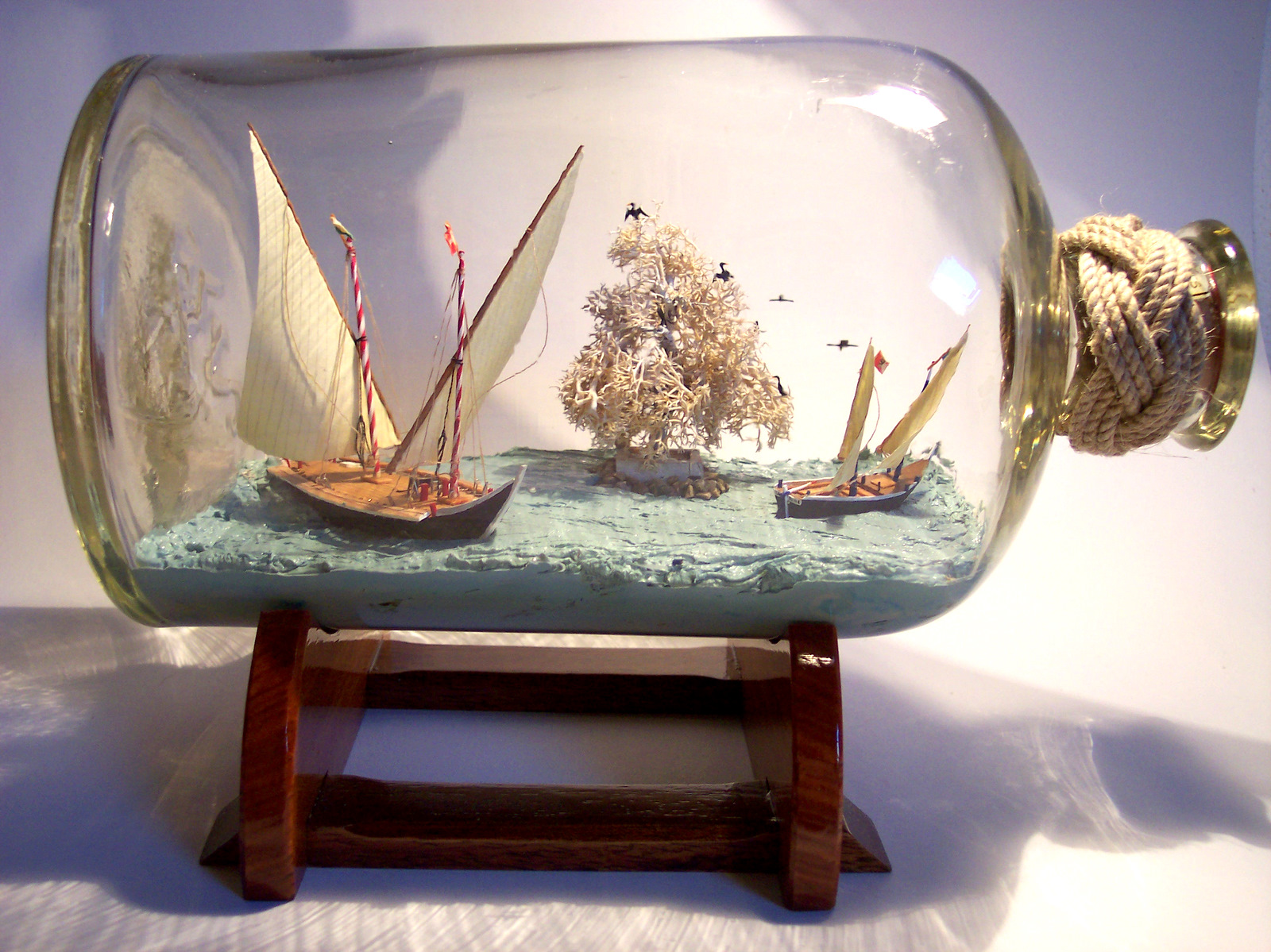 On Lake Geneva, Switzerland (Lac Leman) there exists a very tiny island only big enough for a massive tree to grow, it is called L'ile de Peilz. Le Demoiselle, the larger of the two, seems to be chasing the L'Aurore which is a smaller open transport vessel called a cochere. Each of these boats, in reality, are reproductions of some of the large transport boats that once frequented the lake transporting everything from cargoes of wood, rock, and even barrels of goods like cheese. In winter, the tree has an almost magical, white appearance, though upon a closer look, you'll find that it is only this way due to the what is left behind from the comorans that use it as a winter perch. These two boats are displayed in a five liter pharmaceutical bottle.