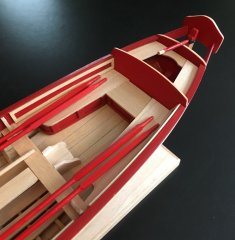 By Tigersteve, November 11, 2018 in Build Logs for SHIP MODEL KITS