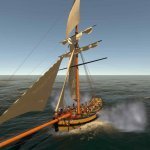 By Aidedecamp, November 13, 2019 in CAD and 3D Modelling/Drafting Plans with Software