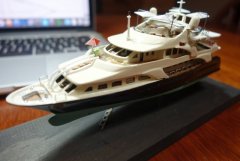 Is it normal to 'grieve' after finishing your model?