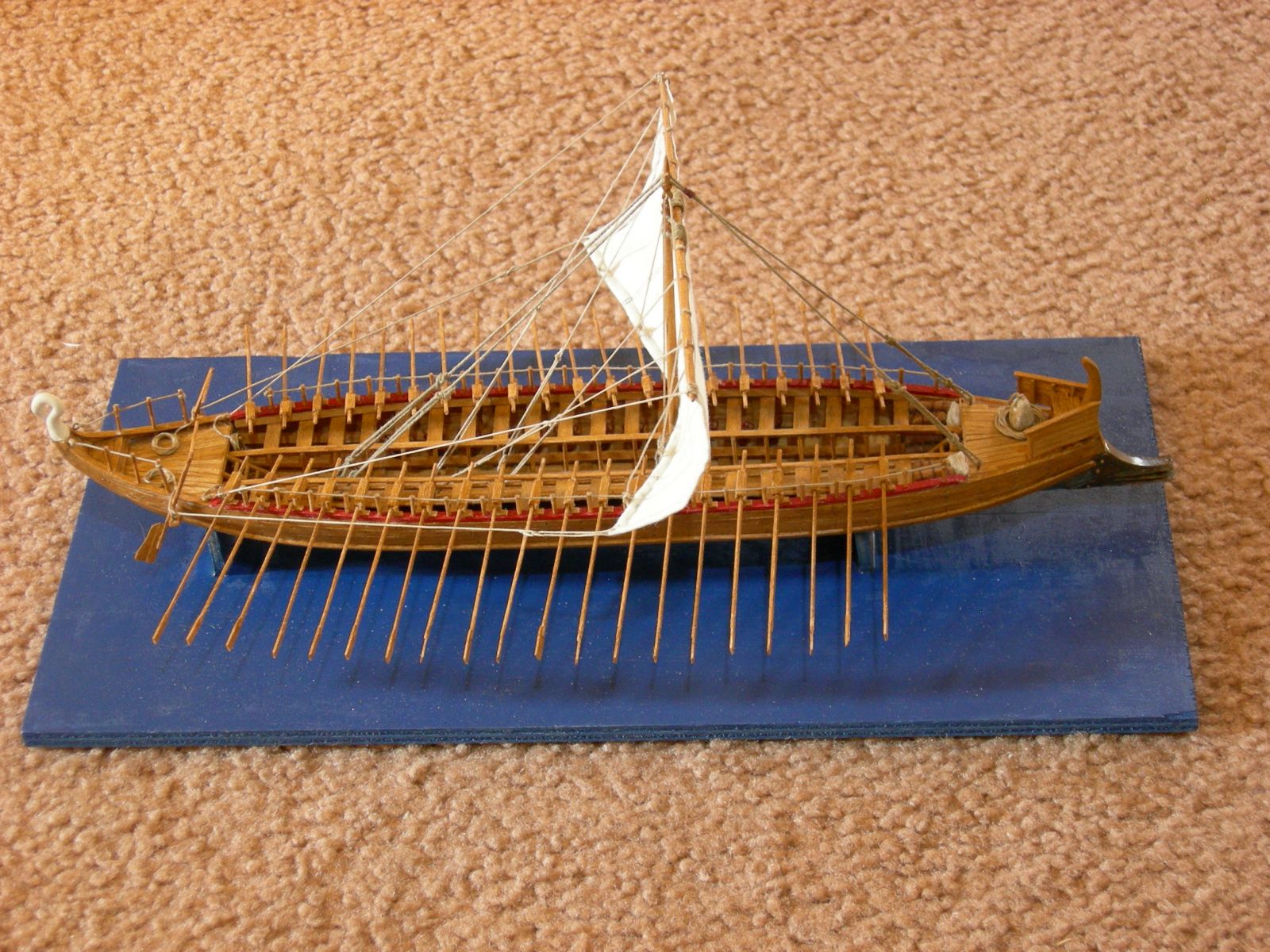 This is my second model ship build, and, as the title says, it is a 1:72 scale ancient merchant galley, circa 300 B.C. This type of ship was used by the Romans, Greeks, and Phoenicians, primarily to transport luxury goods such as silk, papyrus, and some wines. As most galleys of the time were, it is fitted with a ram to deter piracy.
The model is constructed mostly of basswood, with a series of partial frames forming the shape of the hull. The ram is made from artificially aged brass strips, and the goose-head sternpost (which identifies the vessel as a merchant ship, and not a war galley) it made from modeling clay. There are 40 oars, plus the two steering paddles, each with a wooden shaft less than a millimeter in diameter, fitted into a slotted blade. The rigging is based on the rigging of the Olympias (a reconstruction of a warship from the same time period) and somewhat on Tim Severin's reconstruction of the Argo. The total build time for the model was approximately 120 hours. 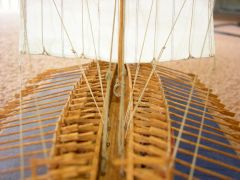 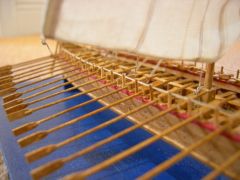 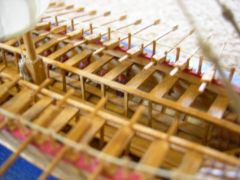 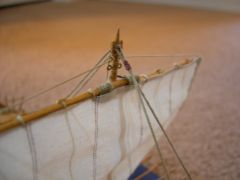 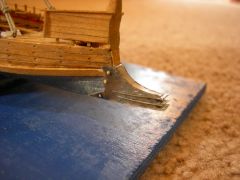 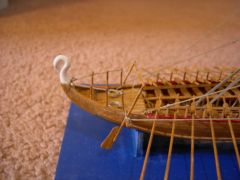 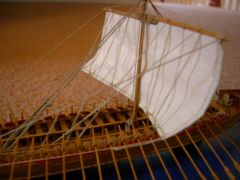 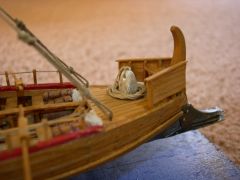 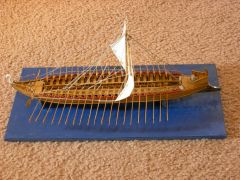