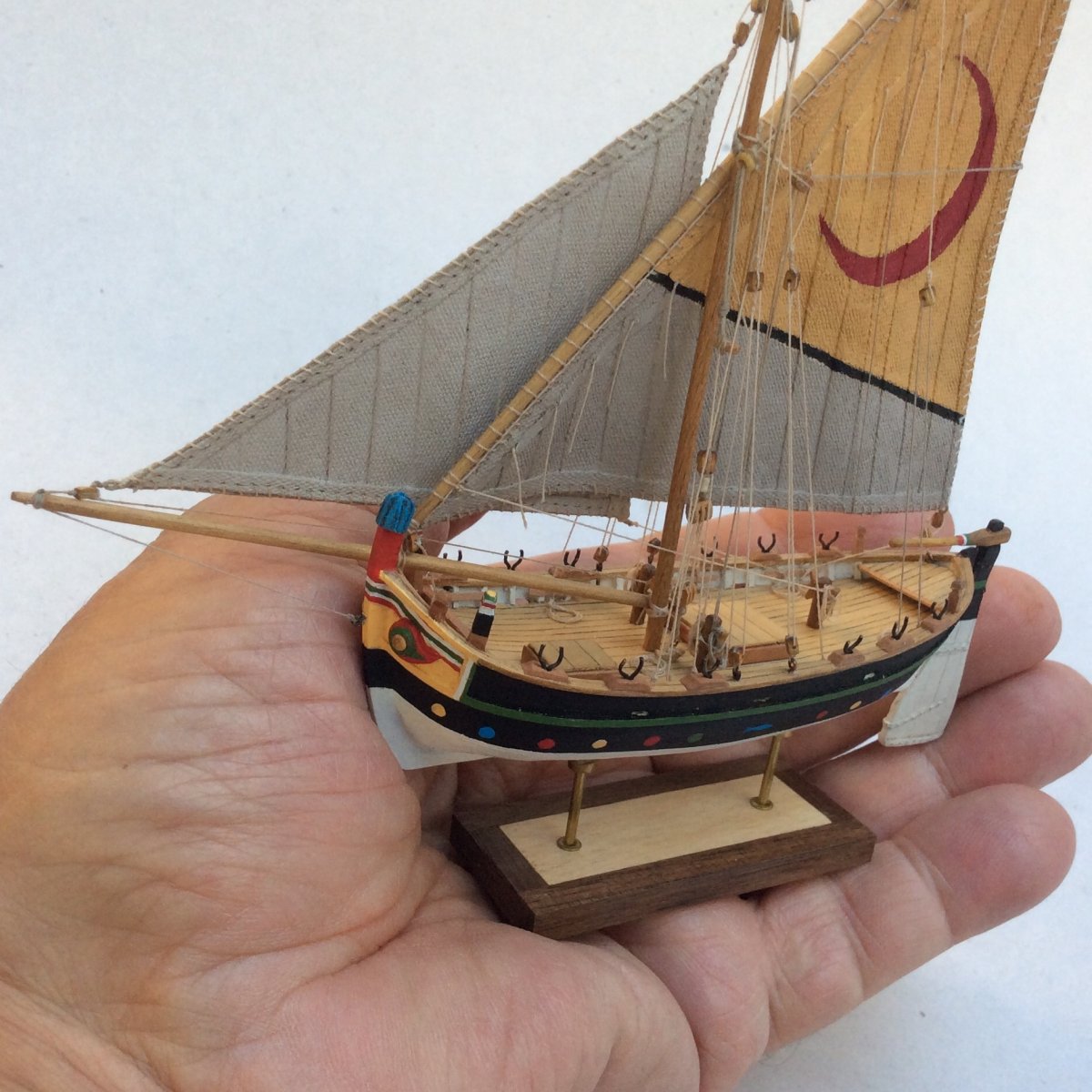 The paranza, a typical vessel from the lower Adriatic, was used mainly for fishing, although i also used f  an surveillance. Trani's paranza was of robust construction and often led to fishing campaigns lasting several months in Albania, Greece and even in the farthest waters of the eastern Mediterranean or North African coasts. The displacement ranged between five and thirty tons and the length ranged from ten to thirty-two meters. It was a  wide boat that as a peculiar feature showed a very rounded bow. A detailed description of Trani's paranza was provided by Captain Hennique, commander of a French frigate who encountered one of these vessels, the "Maria di Costantinopoli", off the coast of Tunisia in 1888, and made it the object of a meticulous and detailed study. The paranza had a rounded hull and had a relation between length and beam of 3: 1. The dimensions verified by Hennique were the following: 12 meters of length, 4.2 of beam and 1.3 of strut. The boat zipped 0'7 m and displaced 13 tons. His crew was 10 men and a boy. Hennique was particularly struck by the rudder of the boat because of its size, since with a length of 4.55 meters it pierce deeper than the boat and had a surface close to one third of the lateral drift plane. When the boat entered the port or was with scarce funds, the rudder was lifted, using for this one of the two cops that held the pole on each board. The boat was rigged with a Latin sail and, with favorable winds, it armed a jib on a pole moored at the foot of the pole and one of the bow bits. 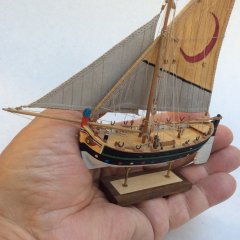 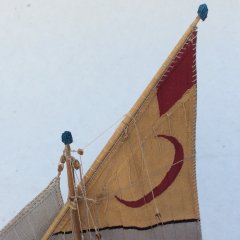 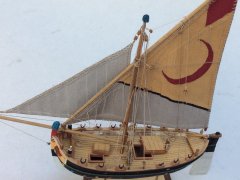 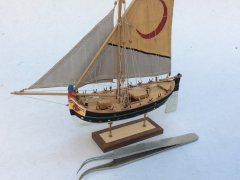 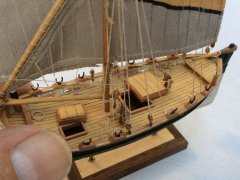 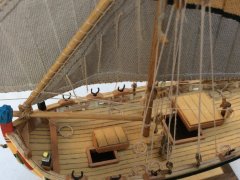 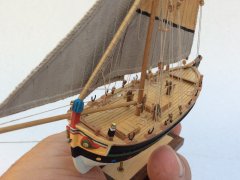 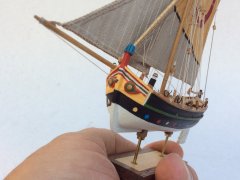 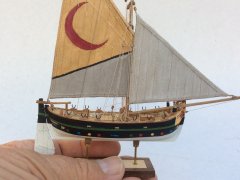 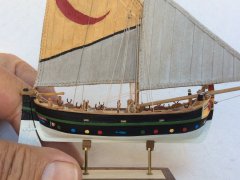 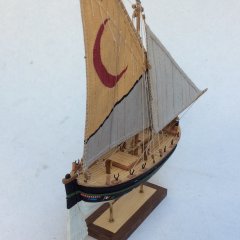 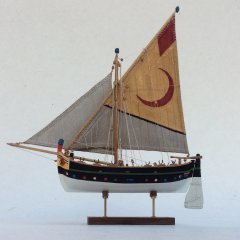 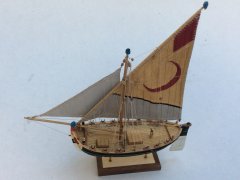 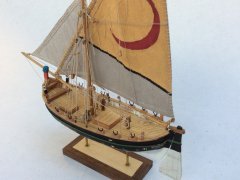 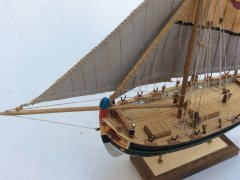 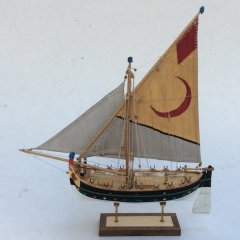