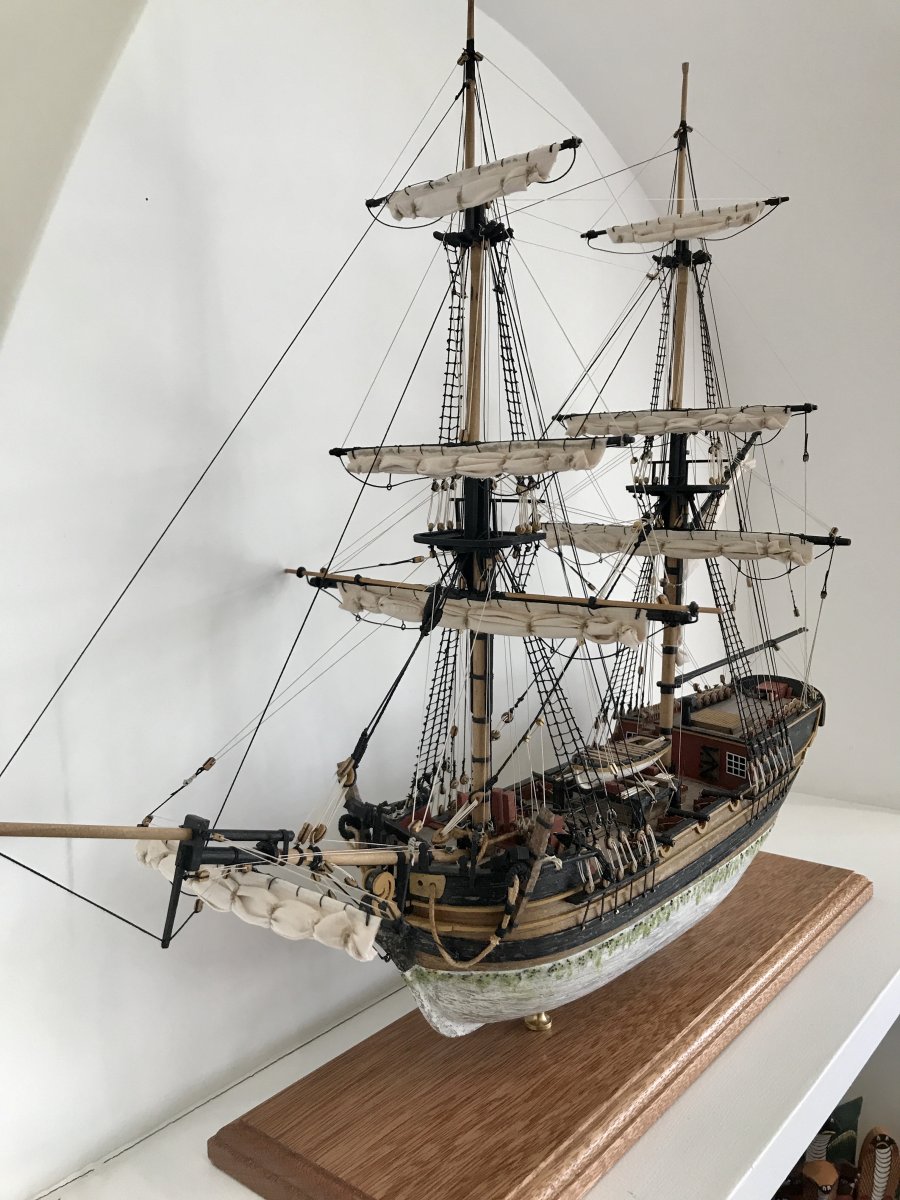 Inspired by the far superior builds of riverboat, kiwiron and Dfell in particular, this was my first attempt at building a kit. I chose the Supply because I am English but have a strong affinity with Australia - having visited many times and lived there in 1999-2001. The 'first fleet' connection was irresistible therefore

Almost everything on it is from the box and per the instructions. I added furled sails, a rudder chain, a caldercraft jolly boat, barrels, a chimney and a pump though (the latter almost certainly historically inappropriate)

I tried to imagine the Supply as it would've been far away from the eyes of the spit-and-polish brigade: ploughing between Sydney and Norfolk Island doing what it was made for. Admittedly that sounds like an excuse for shoddy workmanship (and there's plenty of that) but I actually made and left things pretty rough, as if they had been repaired on the go, and it was simply lifted out of the water for the photos. The perfection of execution on Dfell's boat is genuinely astonishing, but that's not the style that draws me. Riverboat managed both excellent execution and amazing weathering - I managed neither but ... y'know ... first attempt!

Other than the mussels (poppy seeds...) and weed (model train grass...) it's just fairly basic knocking about with a dremel sanding drum

If I had my time over again I'd definitely do the planking better (hidden...) try to get the deadeyes more level, and make the rat-lines more consistent, but I didn't fix them because I did want it to look a little asymmetrical and weather-worn

ccoyle and ken thomson reacted to this 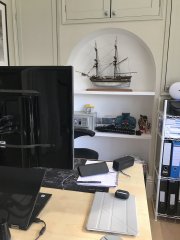 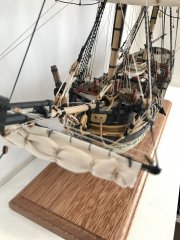 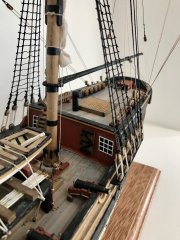 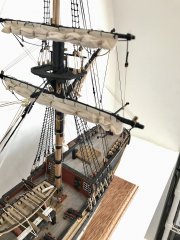 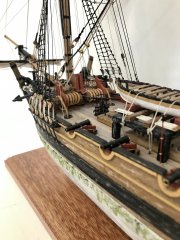 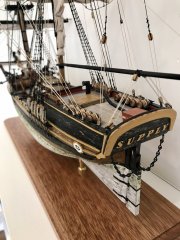 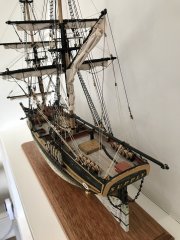 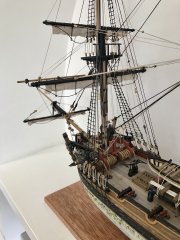 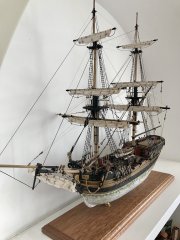