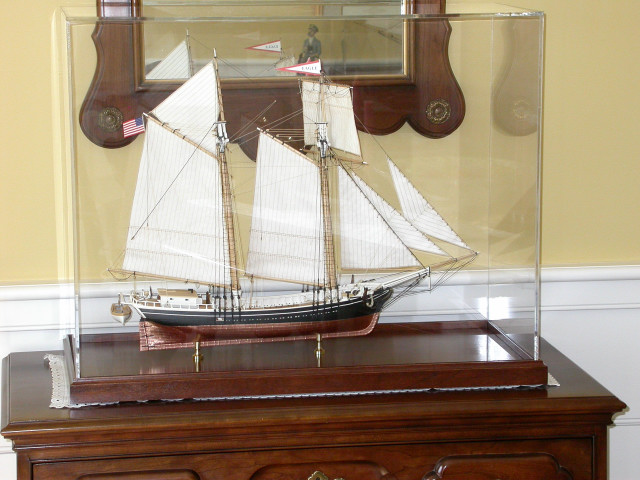 The Topsail Schooner “Eagle” had a length of 81’ 7”, beam of 22’ 8”, depth of 7’ 10”, and tonnage of 140 tons. Both the “Eagle” and her sistership “Arrowsic” were built in Arrowsic Island on the Kennebec River (near the present shipbuilding city of Bath, ME) in 1847 for the lumber and ice trade by builder Samuel Pattee. During the mid-19th century small schooners of this sort were widely employed in the East Coast trade; their schooner rigs an easy adaption to the prevailing westerly winds and economy in crew size.

The model was scratch built to a scale of 3/16” to the foot (1:64) using old Model Shipways plans by William Zakambell. Additional research was conducted at the Maine Maritime Museum in Bath, ME where a large scale model of the “Arrowsic” is on display. The model is plank on solid construction, with built up bulwarks, planked decks and topsides, coppered bottom, and scratch built deck furniture/fittings. Limited commercial fittings were utilized where appropriate, and the rigging is proportional linen line with Warner Woods’ blocks. The Topsail Schooner “Eagle” is my 3rd wooden ship model and my 1st scratch build. 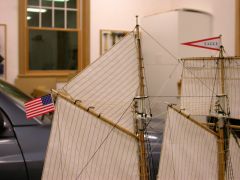 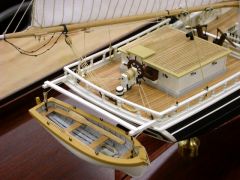 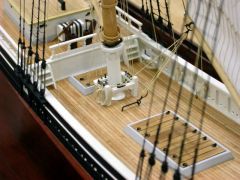 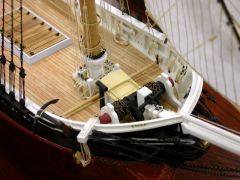 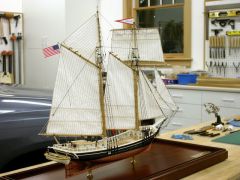 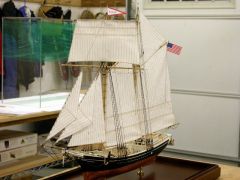 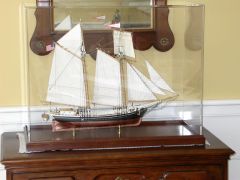