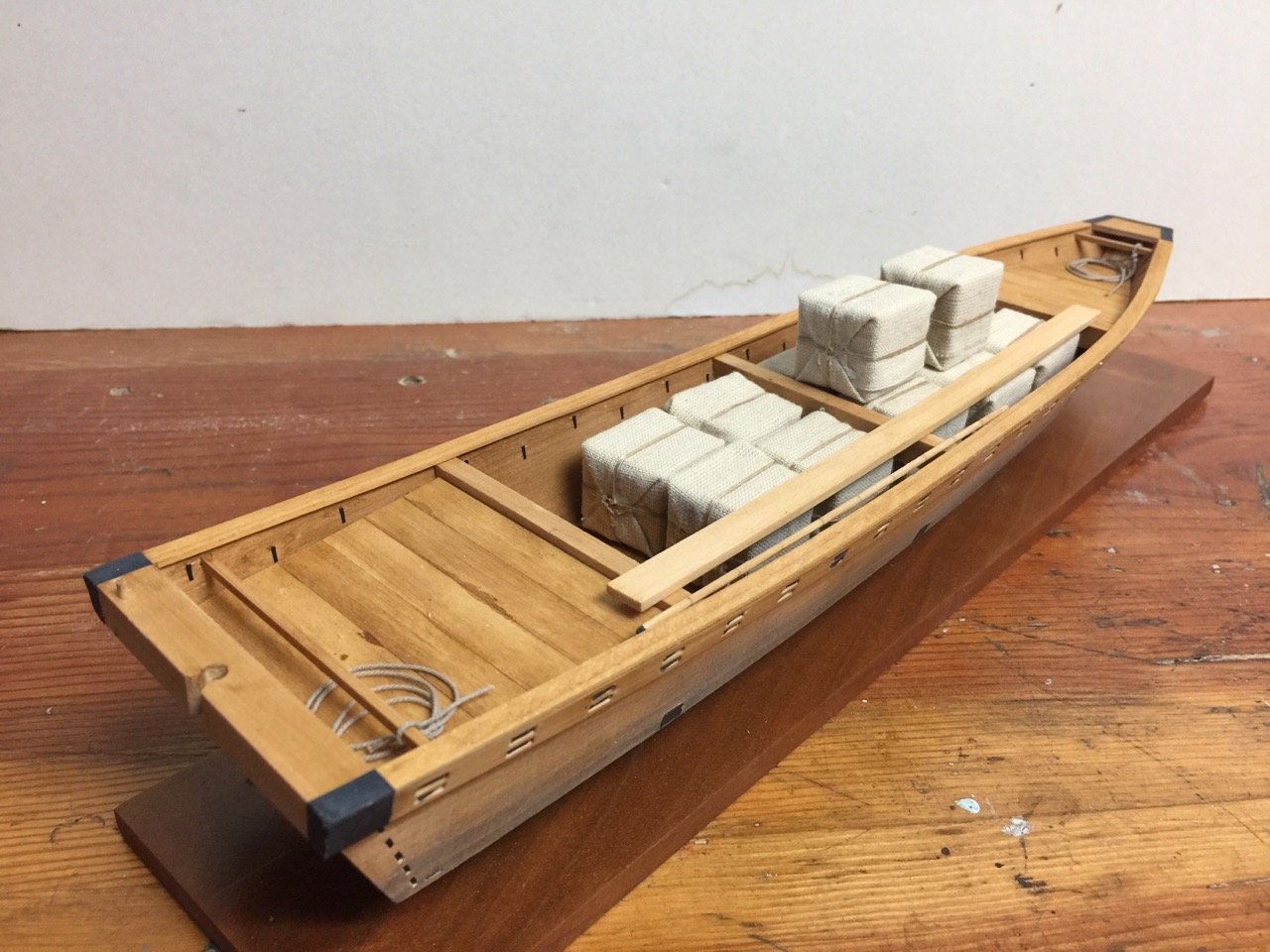 The Tenma-zukuri chabune (ten-mah-zoo-koo-ree-chah-boo-nay) is small boat used on the canals and rivers of  the Japanese capital city, once known as Edo, now Tokyo. It's a one or two person boat, but there is little known information about it. I have found no references to the type. And, like just about all traditional Japanese watercraft from the early 1800s and earlier, there are no plans of any type.

The only information about the specific type comes from a book put together by the Shogunal government for the purpose to tax assessment. An illustrated book published in 1802 called the Funakagami includes an illustration of the type, along with general dimensions, and a table and illustration identifying the principle parts of the boat, though this may have been a later addition to the book. 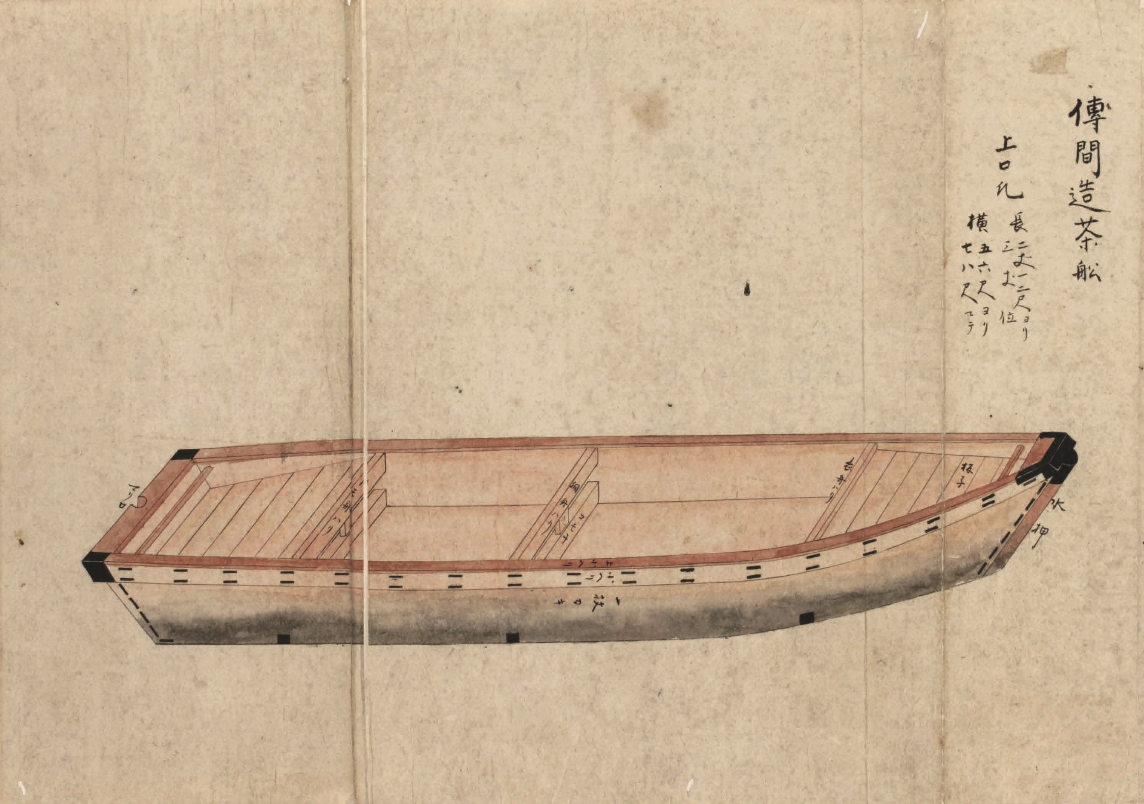 From this illustration and general measurements, I reconstructed the boat, creating a simple set of digital drawings from which to build the model from. The boat is similar to a type that is called a Tenmasen or Hakucho, which in the Edo area, was a cargo boat, and the name Tenma-zukuri chabune suggests there is some relationship, as it translates to "Tenma-style tea boat" (tea boats are a general class of small riverboat commonly used to sell food and drink to river goers). Knowing that there are a couple examples of Tenmasen remaining, I managed to acquire some photos of those to aid in the development of the drawings.

After several revisions of the drawings, I and a fellow ship modeler in Japan, Mr. Kouichi Ohata, built our own models based on the final plan. His model was made in 1/10 scale, while mine was made in 1/20 scale.

My model is about 13-1/2" long, and represents a 21-foot boat, probably operated one or two people. The model is made from Japanese cypress, called hinoki, which I darkened using an aniline dye. Copper coverings were added, which I darkened by giving the whole model a vapor bath of liver of sulfur. The exposed ends of iron nails you see inside the hull were simulated using permanent adhesive-backed vinyl cut using a Silhouette Cameo machine.

Finally, before spraying the whole thing with a coat of matte lacquer, the lower part of the hull was given a wash of black dye to simulate the wood charring that was done to the hull bottoms to make them more waterproof and rot resistant. 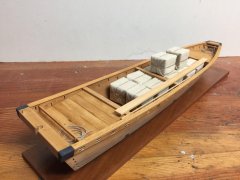 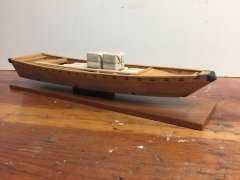 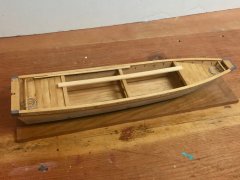 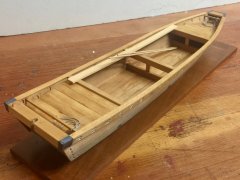 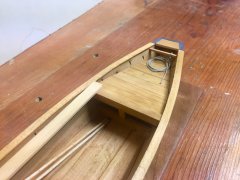 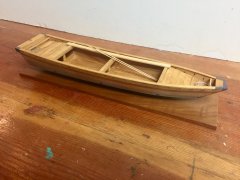 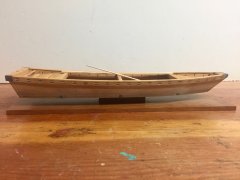 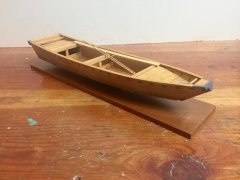