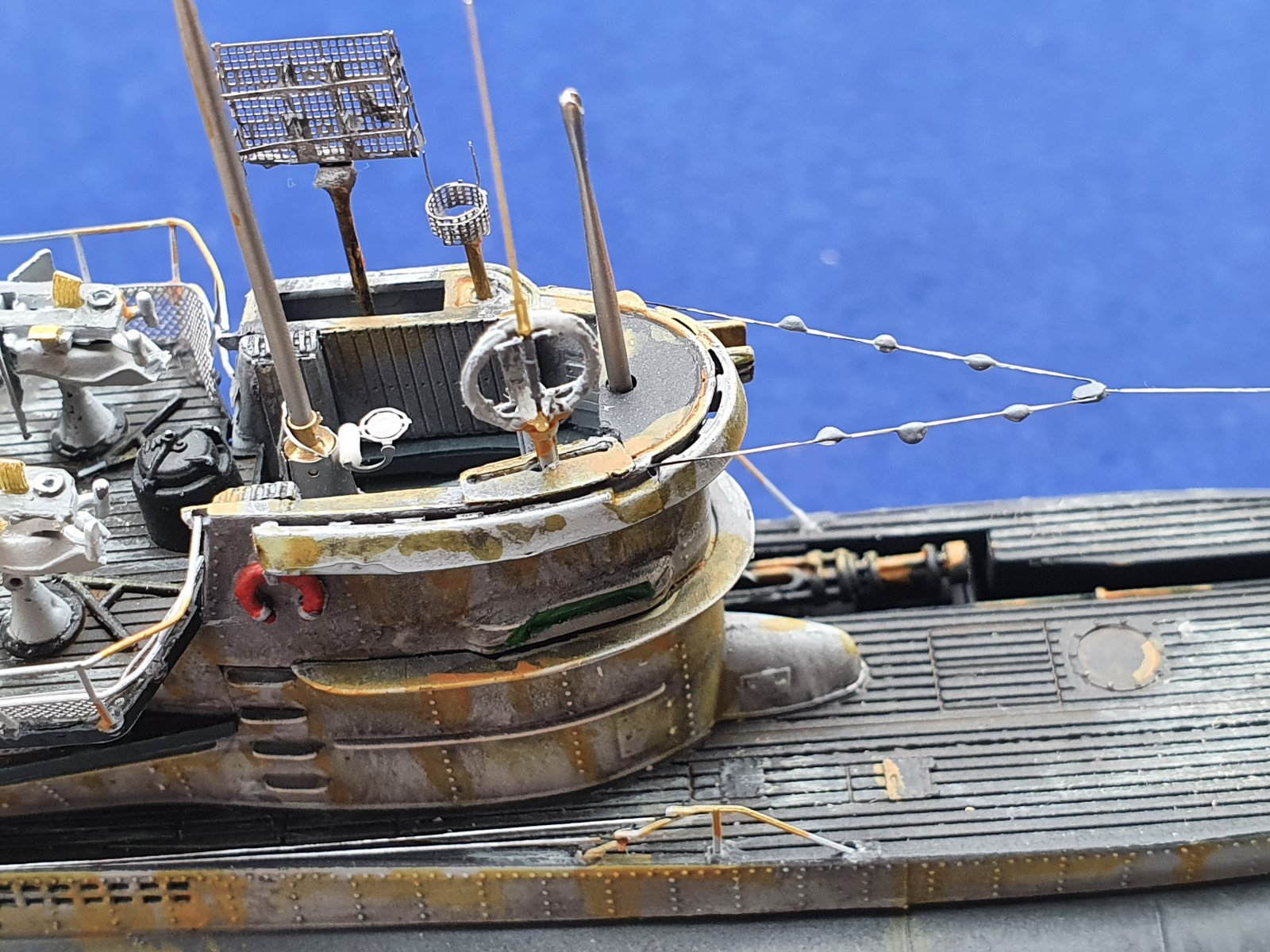 This was my very first venture into model building for many, many years and the first time I ever used an airbrush or worked with photo-etch parts and also shows my first (partially successful) attempts at weathering. I learned so much in this, what was intended as an attempt to come to grips with airbrush, tiny PE parts and weathering, before embarking on a Flyhawk Bismarck or HMS Hood - the former I already have and the latter is on order. Working in 1/700 scale will be a real challenge particularly considering the sheer number of microscopic parts involved. With the U-Boot, I soon realised that far too many parts were really excess to requirements while some others were above my skills level, at least at the start. Hence there are omissions on the guns and steps for example caused by ridiculously microscopic and intricate parts that either added little to the overall effect of the model or I simply knew I could not tackle decently. Still, I am pleased with this first attempt and will put the experience gained to good use in future models. 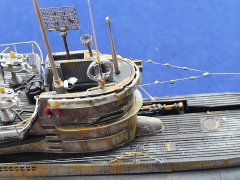 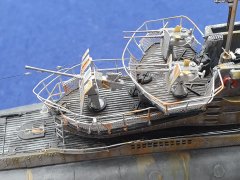 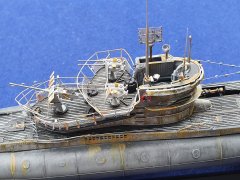 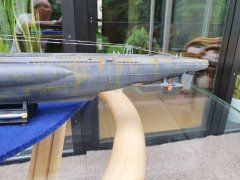 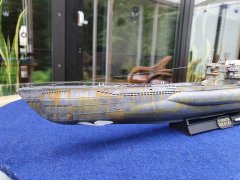 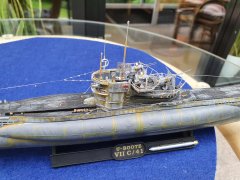 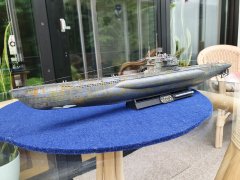