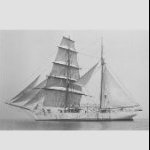 By CDR_Ret,
May 24, 2016 in Discussion for a Ship's Deck Furniture, Guns, boats and other Fittings