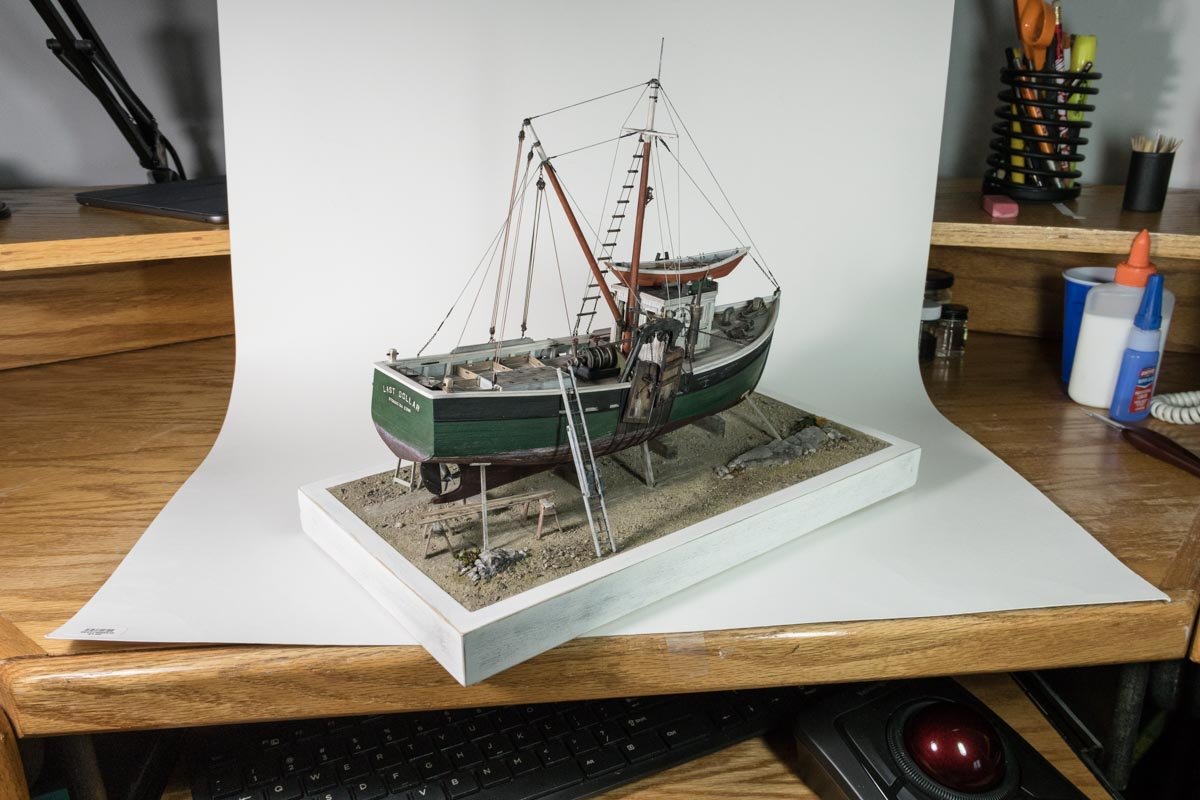 Stonington Draggers were among the first of the Western-Rig fishing vessels in New England.  These boats originated along the Connecticut coast and were named after the town where they became the dominant type.  The use of these boats spread to most Southern New England fishing ports in the early through mid 20th century.  This model depicts a vessel typical of the 1920's.

A comprehensive build log can be found here.   Thanks for taking a look. 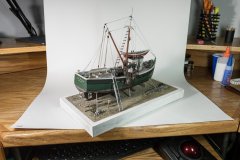 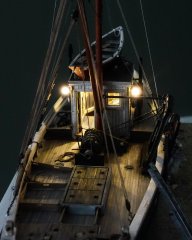 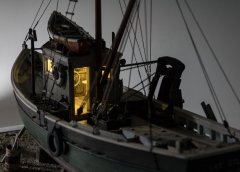 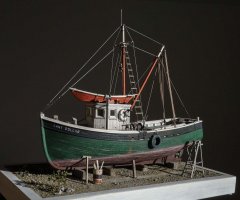 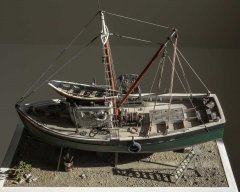 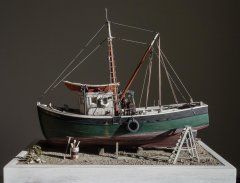 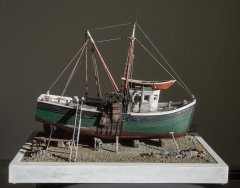 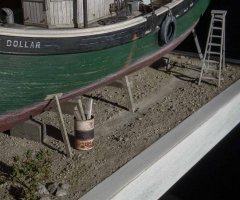 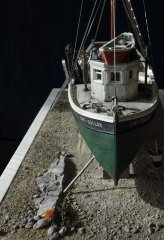 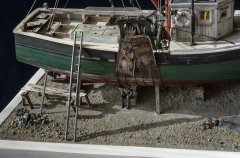 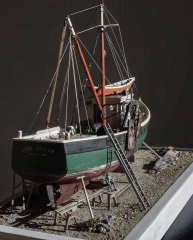